A text editor is program that allows you to open, view, and edit plain text files. Unlike word processors, text editors do not add formatting to text, instead focusing on editing functions for plain text.

Text editors are used by programmers and developers for manipulating plain text source code, editing configuration files or documentation, or viewing error logs. Text editors are scaled-down from the full functionality of an integrated development environment (IDE), but may have plugins that blur the lines between the two. Text editors are ideally fast and lightweight for editing and manipulating a small number of text files at a time, and they provide features like regular expression search and replace, syntax highlighting, autocompletion, and multiple tabs or window panes. Developers who do not work in a system where a full-fledged IDE is needed, or where an IDE is too restricting, will often find that a text editor gives them more flexibility and freedom to code outside of standardized methods of development. Text editors often integrate with source code management, web frameworks, and build automation tools through plugins.

Here are five of the most popular text editors for programing

Adobe’s Brackets text editor has been around since 2014. Like Atom, Brackets is a free open-source platform written in HTML, CSS, and Javascript. It is used primarily for web development.

Some of the features of Brackets include Inline Editors, which allow you zero-in on specific code rather than jumping between file tabs, and Live Preview, which shows you exactly what your code and changes will look like in a browser.

Sublime Text is a fast and lightweight cross-platform code editor packed with features and plugins that developers love.

With its “Goto Anything” keyboard shortcut, you can easily jump to any symbol or line of code within your program. The Multiple Selections option allows you to make several changes at one time rather than having to go correct each line of code individually. Built with a powerful Python API, Sublime Text welcomes several types of plugins and is completely customizable. 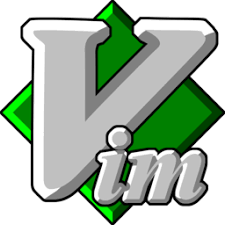 This editor is very useful for editing programs and other plain text files. All commands are given with normal keyboard characters, so those who can type with ten fingers can work very fast. Additionally, function keys can be mapped to commands by the user, and the mouse can be used.

Vim runs under MS-Windows (NT, 2000, XP, Vista, 7, 8, 10), Macintosh, VMS and almost all flavours of UNIX. Porting to other systems should not be very difficult. Older versions of Vim run on MS-DOS, MS-Windows 95/98/Me, Amiga DOS, Atari MiNT, BeOS, RISC OS and OS/2. These are no longer maintained.

Hendra Nicholas Follow I am a software engineer, consultant and CEO at 41studio currently living in West Java, Indonesia. My interests range from programming to sport. I am also interested in entrepreneurship, technology, and design.
« Why your website should be responsive
Using color psychology for amazing web »