15 countries with higest technology in the world

Many countries in the world have sought to maintain and gain the position of a country with world-class technology. As we all know all and can be inferred, technology is one of the nation’s main weapons, because technology can help the country to build and create something easily. In this process, there are many countries in the world that have been referred to as one of the most technologically advanced countries as a result of knowledge with the skills and expertise they have.

Here are the list of 15 countries with the most advanced technology in the world : 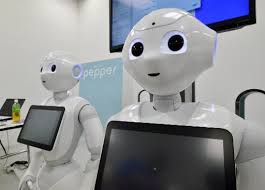 Japan is a country that has potential in developing technology. In this country Technology developed to be amazing even from the results of his work inspired many people in the world. Recently it has invented a dimensional elevator that can transport you from one floor to another in the blink of an eye, so the Japanese technological advances seem to be for making the human life more convenient and easy. They are also the inventors of Laser gun the machine, thus making the country best in technology and developing science field. 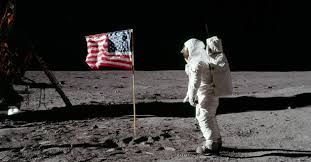 United States is one of the most fastest growing technological countries in the world. This country has known to develop the finest intelligence system in the world, the credit of which goes to obviously its technological equipment.The country also advancement in space technology as the first person to land on the moon was an American.  America has Intel, Dell, and other companies that show an unlimited progress.

The country that has done very well in all areas of technology is from South Korea. Although the country in the 1970s is still categorized as a poor country, it can rise rapidly in both technology and economy. The country is placed on this list due to the remarkable production of air conditioners, robots, televisions, computers, trains, airplanes, helicopters, cars. The largest electronics company in the country that can beat Japan and China and worldwide is samsung and LG. If talking about internet speed, this country gets the nickname because this country is the country with the fastest internet speed in the world. It can also be said that this country is the biggest rival for Japan and China in Asia.

One of the best technologies and the richest country in Europe is none other than Germany. the country has been successful in military technology since the Second World War for producing large-scale military tanks used in the war so that the country is undergoing a massive expansion in Europe. In addition, the greatest discovery that has so far been used in medicine is the discovery of X-rays. It is the greatest history of mankind for the invention of the technology capable of detecting diseases of the human body using translucent light.

China cannot be considered the king of technology but still it is one of the highly advanced countries in the world because of it’s the ongoing process with continuous advancements. China has surprised the world with major advancements it has made which has made easy to predict that China would be probably the most advanced country in the coming 10 to 20 years.China is manufacturing a lot of steel to make many-advanced weapons with more targeting potential.

India is regarded as the sixth country having highest technology. Most of the new software technology comes from India. All the advice from needed from the silicon valley are drawn from India. The.The reason for India’s advancement is that it has the first university in the world which teaches all the technological sciences. Sanskrit was considered as the most useful language for the computer system, and even NASA is planning to use it. India has a lot of natural resources which is extracted and used positively for better purposes and technological advancements.

England is still the third best producer of the scientific papers. Many of the famous scientists were from England. England is the very high tech at the consumer level at par with the USA. All the British citizens have access to the high technology.England has invented many things in the past, and the people are also very used to of using technology in day to day matters.The England has the high technology from consumer level up to military level.

Canada is also the home of technologists. Henry Woodward was the Canadian who first invented the light bulb.The Canadian government is working hard to develop the country’s technology such as developing communication technology, advancing health innovations, improving the space technology, etc. Other than this it is performing research in advanced theoretical physics ,developing quantum computing ,and connecting researchers coast to coast for higher and speedy optic cables.

Sweden is also famous for its innovation in the field of mobile technology. Even the success of Swedish companies engaged in this field of technology has a big part in saving Sweden from the financial crisis of 2008.

If Sweden used to rely on Ericsson in its technology, Spotify, Skype and Torrent exist, companies that use Internet flexibility for communication and information sharing.

Australia is known for adopting new technologies at a faster rate than most other countries in the world; for example, it entered the new millennium with one of the highest rates of internet access in the world. Scientists and researchers from Australia have been responsible for many major breakthroughs and technological developments around the world. In fact, Australia boasts eights Nobel Prize recipients—not bad for a country with a population of about 19 million.

The growth of technology in Australia has had several important results; it has increased opportunities for innovation and design; helped various industries make improvements in their already existing establishments, and helped them to improve the quality of their goods. The technology growth has also helped to improve Australia’s economy, as it is now one of the leading countries in the world for importing and exporting goods. 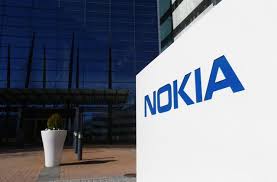 This condition of ICT development has been exploited by the Finnish state in which e-government application has been implemented since 1994 with a strategy that requires the development of electronic transaction systems between government agencies and with the public or private parties.

The Russian Private Industry is so much because this country produces excellent quality in world-renowned armaments, although it is also the world’s superpower and at the same time the number one country in this regard which is made possible by the latest and better technology. So this country already has a large research institute named as Moscow State University which is also known as a powerful and innovative institution, in the 19th and 20th century the country produced a large number of scientists in the field of IT, Communications, nuclear industry, aerospace, space technology and other fields that helped the country in drastic decline in 1990 but the country is still able to be on this list.
Russia launched its first expedition to the moon in 1953 with an Apollo plane. Apart from space technology as well, Russia has become a nation with advanced technology, long before America. Russia is a manufacturer and inventor of weapons technology in the country’s defense system. It also makes Russia one of the best technological defense systems in the world. The invention of technology found in Russia is also widely exported to other countries.

Israel’s private industry is very successful. It produces the most advanced weapons in the world.Israel is also doing miracles in the agriculture industry. It has produced the products that maximize the crop’s growth with half of conventional method. Israel has got the highest percentage of home computers in the world. Israel also has the highest number of scientists and technicians in the workforce. They are the developers of silicon chips and flash drive.

According to historical records in this country, France has the greatest or oldest history in science and technology over the reign of King Jean-Baptiste Colbert. The king of this country encouraged and protected the true spirit of technology research in 1666. This is the starting point of technological development in this country. In the 20th century the country worked hard as a nuclear powerhouse in Europe because of their research in physics with their intelligent scientists. so France is the third country in World History to send their own space satellites until 1965 which ultimately shows their dignity in all areas of IT technology, space technology or other fields. France now offers visas to anyone who is willing to set up or invest in technology startup in the country.

Technological developments in Singapore, is very good because the government has provided public facilities in the form of business corridors that will be developed is what is called “Science Habitats” which is a high quality environment and close to business activities.

This technology corridor is a combination of coordination and cooperation between scientists, businessmen, and environmental community. They will provide an environment where the results are expected to be useful for the development of Singapore as well as the international world.
Singapore is equipped with a very solid technology base. It is a technology and scientific institution providing resources for residents to bless them with additional technological advances.
The Agency for Science Technology and Research (a * star) is a government agency committed to promoting research and development. Singapore advances in medicine, food science and globally renowned clinical research. Singapore also has the most technologically advanced army in southeast asia.

Hendra Nicholas Follow I am a software engineer, consultant and CEO at 41studio currently living in West Java, Indonesia. My interests range from programming to sport. I am also interested in entrepreneurship, technology, and design.
« Web Development Course in Indonesia
Future Technology Predictions in 2050 »