10 Names You Need To Know in Web Design Industry

Each web designer has chosen the inspiring someone who will be their role model. They prefer looking for the role models who relate to their occupation. Certainly, they choose the better one who can inspire them. Some of them have found, but some of them have not. If you don’t have, these people can be your role models. Who are they?

Ethan Marcotte is an awesome web designer who focuses on creating the elegant and beautiful design. He is often known as the term creator of responsive web design. It is a new way of designing web. He also wrote a book which tells about how the web designers can design across mobile, tablet and desktop which are influenced by the Web’s flexibility. His creation are loved by several people who are from New York Magazine, the Sundance Film Festival, The Boston Globe and also People Magazine. Moreover, he has been invited as a speaker in the several famous conferences such as An Event Apart, SXSW Interactive, and Webstock. If you want to know more about him, you can visit his website at Ethan Marcotte.

Karen is the UX expert. She has spent fifteen years to help some companies in making and publishing the big and complicated websites. The companies include The New York Times, Condé Nast, Hearst, The Atlantic, and Time Inc. Moreover, she has released a book titled “Content Strategy for Mobile”. It tells about the structures of content, the editorial processes and content management technologies. You can get in touch by following her twitter account at Karen McGrane.

Simon is the web designer, speaker and also author. He has passed the sorrowful and joyful situation along his career. He told his experience and shared his knowledge by writing several books and becoming a speaker in the conferences. For your information, he used to organize the annual web design event in his hometown especially in Nottingham, UK. Curious about him? Let’s follow his twitter account with the name of Simon Collison.

Dan is the web designer and the author. He writes five web design books which tell about the standard code. He is also known as the co-founder of dribbble.com and show-and-tell website which give the chance for the designers in order to upload micro-shots in their worked-progress. In order to know him, you have to follow his twitter account at Dan Cederholm.

Have you ever read Jurassic Park magazine? If it is so, you will know how the design is. It designed by Chip Kidd. Jurassic Park is his notable book covers. Moreover, he has worked as a writer for James Elroy, Michael Crichton, Neil Gaiman and many more.

Everybody knows that Chris Coyier is the expert of CSS and HTML. He ever wrote the popular CSS blog named CSS-Tricks. Don’t you know? He has published some tutorials, websites and writings which can be beneficial for the web designers in increasing their skills in web design.

Sarah is the web designer. Also, she is iPhone and iPad expert. Sarah is the owner of design studio of You Know Who and also co-host of the Happy Monday program. Sometimes, she is invited as the speaker in web design conferences. Moreover, Blackberry, News International, STV and The National Breast Cancer Foundation of America are several her clients.

Vitaly is known as the web design expert. He designed his own blog named Smashing Magazine. His blog consists of a lot information about technologies, web design, software development, tools and many more. If you are curious, you can see the Smashing Magazine’s page. 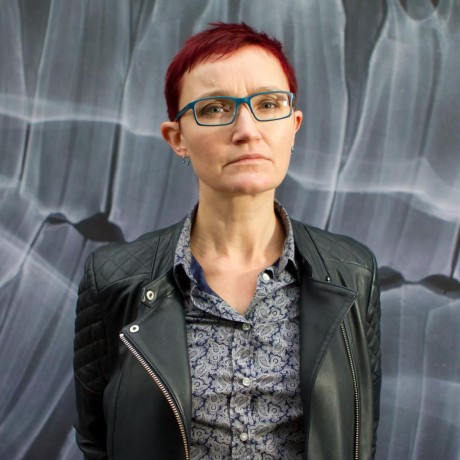 Rachel is known as the web developer. Sometimes, she becomes the speaker and also the writer. She has succeed to publish several books which explain about SitePoint, Apress and Five Simple Steps, PHP web development, CSS3 Layout Modules and Adobe’s Dreamweaver web design tool. Moreover, she is believed to become a managing director in web development consultancy named edgeofmyseat.com.

Veerle is the brilliant graphic designer. She is from Belgium. She used to share the inspiring moment, writing and tutorials through her blog named veerle.duoh.com. In addition, she has ever joined the great project named GUI for ExpressionEngine.

Well, they are known as the web design influencer. Starts from Ethan Marcotte until Veerle Pieters, who will you choose?

Hendra Nicholas Follow I am a software engineer, consultant and CEO at 41studio currently living in West Java, Indonesia. My interests range from programming to sport. I am also interested in entrepreneurship, technology, and design.
« Five Fun Ways to Relieve Your Stress at Workplace
20 Perusahaan IT (Information and Technology) di Bandung »